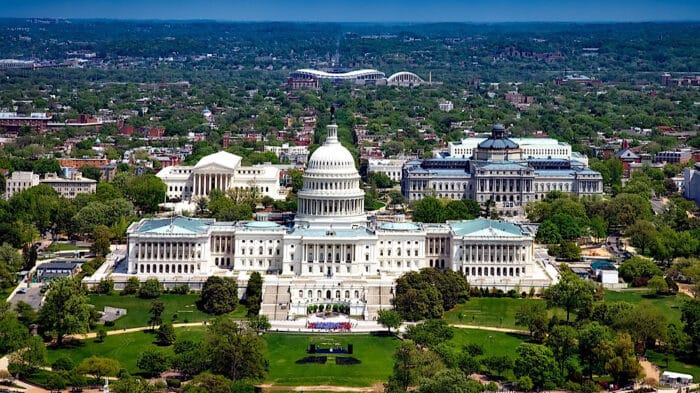 1. In 1984, the fledgling Apple computer company released the Macintosh—the first mass-market, consumer-friendly home computer. The product launch was announced with a breathtaking advertisement evoking George Orwell’s 1984 that cast Apple as a beneficial, revolutionary force breaking IBM’s monopoly over the computing technology market. Apple’s founder Steve Jobs introduced the first showing of the 1984 advertisement by explaining, “it appears IBM wants it all. Apple is perceived to be the only hope to offer IBM a run for its money . . . . Will Big Blue dominate the entire computer industry? The entire information age? Was George Orwell right about 1984?”

2. Fast forward to 2020, and Apple has become what it once railed against: the behemoth seeking to control markets, block competition, and stifle innovation. Apple is bigger, more powerful, more entrenched, and more pernicious than the monopolists of yesteryear. At a market cap of nearly $2 trillion, Apple’s size and reach far exceeds that of any technology monopolist in history.
Zum Vergrößern anklicken....

Epic's angle to players: they offered a discount, Apple wants to screw players over for 30% extra instead, so Apple kicked Fortnite off of iOS. Combined with Apple's stance on Microsoft's xCloud, message will be clear: if you care about playing or making games, forget iOS
Zum Vergrößern anklicken....